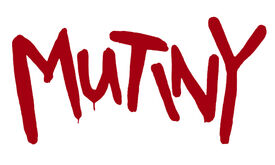 Mutiny is a fledgling company that focuses on gaming and social networking, founded by Cameron Howe and Donna Clark.

At the very end of season 1, Cameron leaves Cardiff after her OS is pulled from the Giant at the last minute. She takes the coders she worked with at Cardiff with her and creates her own company as a sort of rebellion. That company is Mutiny.

She offers Donna a position at the company, one that Donna initially turns down. However, she later evaluates the offer, and takes it; becoming one of the company's two CEOs.

The second season starts with Mutiny as a growing company focusing on online gaming. It is a messy and sensitive workplace, but gaining a good reputation as it is. With lack of budget and employment staff, Mutiny is an unstable service which has a hard time keeping itself together on most days.

As the company struggles to find a mainframe, they often run into trouble with the servers.

Retrieved from "https://haltandcatchfire.fandom.com/wiki/Mutiny?oldid=7620"
Community content is available under CC-BY-SA unless otherwise noted.