John Bosworth is a old-school businessman who has built Cardiff Electric into a regional power, a task that has taken him 22 years. As senior VP, he runs the day-to-day operation of Cardiff Electric for the founder, Nathan Cardiff, and he handles all of the company’s finances. After Joe MacMillan forces his company into the PC race, Bosworth is forced to keep an eye on him for better or for worse.

Despite his attitude towards Joe, Bosworth is a man with a code, who knows he still has a vital role to play in the company’s future and he won't go quietly. 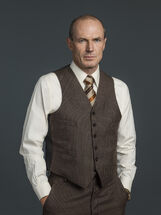 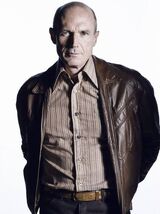 Season 2 Promo
JohnBosworth.jpg
Add a photo to this gallery 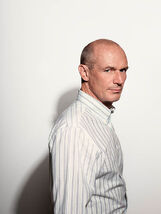 Season 3 Promo
Season3Promo4.jpg
Add a photo to this gallery

Retrieved from "https://haltandcatchfire.fandom.com/wiki/John_Bosworth?oldid=7110"
Community content is available under CC-BY-SA unless otherwise noted.