"I/O" is the first episode of Season 1 of Halt and Catch Fire, and the premiere episode of the series overall. It originally aired on June 1st, 2014 on AMC.

Joe MacMillan, a fast-talking salesman and enigmatic visionary, comes up with the idea to reverse engineer his former employer’s PC into something better and cheaper. All he needs are the right people to help him accomplish this.

An early computer command that sent the machine into a race condition, forcing all instructions to compete for superiority at once.

Control of the computer could not be regained.

The story begins in 1983, with a man named Joe MacMillan speaking in a college classroom, guiding a discussion on what computers will be able to do in ten years. He asks questions to find out the computer skills and experience of the students in the classroom. One student in particular, Cameron Howe, gets his attention as she makes statements about computers that show she knows what she is talking about. Joe later finds Cameron at an arcade where she hangs out and tries to learn more about her.

Meanwhile, computer engineer and Cardiff Electric employee Gordon Clark is bailed out of jail by his wife. He is living in a reckless and depressed state because of his failure with a previous engineering attempt. Joe gets on at Cardiff Electric and makes contact with Gordon. He uses an article that Gordon got published in the past to harness Gordon's desire to make computers more advanced.

It takes several conversations, but Joe convinces Gordon to reverse engineer an IBM computer. Gordon explains that most of the parts inside the computer are common but that a specific chip in the computer is the part that IBM actually has copyrighted. This part of the computer is what makes it work successfully. Joe and Gordon work in Gordon's garage and decipher the source code for the IBM computer.

Even though what they are doing is illegal, Joe has already anticipated some legal loopholes. Cardiff Electric's attorney figures out that the company can reverse engineer their own computer system if they meet certain criteria. One of these criteria is that they have to keep Joe and Gordon on the project. The other criteria is that they have to hire an outsider who has no prior knowledge of the project.

Joe recruits Cameron Howe to be the "outsider". The attorney for Cardiff Electric asks Cameron questions that are necessary to meet the legal requirements. He nods his head "No" to guide Cameron to answer "No" to the questions. 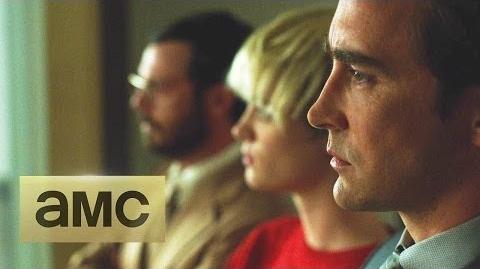 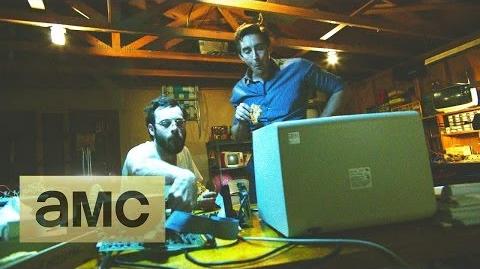 Retrieved from "https://haltandcatchfire.fandom.com/wiki/I/O?oldid=7396"
Community content is available under CC-BY-SA unless otherwise noted.