Gordon and Cameron continue to work on their new portable PC, but the problems it brings begin to pile up for them. Meanwhile, Joe and Bosworth try to attain the necessary funds in order to keep their project going.

Opens with Gordon looking over a barely living bird, while Donna stresses over schedule. His neighbor, Brian Braswell, offers a ride to Cardiff together. Cameron awakes In the basement lab at Cardiff, while Joe awakes to a display of Compaq, Osborne luggables and an unidentified LCD screen computer.

The scene shifts to Gordon letting an employee go so gently that he doesn't know he is being fired until another employee barges in and demands that Gordon sign the reference letter that he wrote himself, instead of making him wait his turn. The new ex-employee says he cant wait until "...this once great company has a for lease sign out from after you PC-Visonquest evaporates!"

Joe addresses the Engineering team, shows them a briefcase and proclaims that within six months Cardiff will produce a 15 pound portable. The engineers make fun of Joe, he gets mad and unloads on Gordon about "his team". Gordon replies "After firing 46 men who have no experience at all doing what we do ... yes this is my team!"

Cameron, music BLASTING, is having nothing but trouble. She types computer code but keeps getting stuck.

Gordon meets with a group of engineers who still work for Cardiff Electric. They discuss the various challenges they are facing. Every idea that appears to be a step forward causes steps back (hypothetically) because they realize counter-problems that will be caused by each idea if they try it all the way through. Brian (Gordon's next door neighbor) is quick to tell Gordon each thing that will go wrong if they do this or what will go wrong if they do that.

Donna meets with her boss Hunt Whitmarsh, whom she apparently has known a long time. Hunt appears to be very sweet on Donna and requests, rather than demand, the report be delivered in time. Cameron calls Joe, but Debbie is now answering his phone so she hangs up, embarrassed.

Joe meets with an investor from out of town. Joe tries to get John Bosworth to play along and make a deal that will result in financing that Cardiff Electric badly needs. Joe is hesitant to let the investor bring his people in because they will restrict his ability to move away from the old-school business practices even more. but John queers the deal and the investor leaves suddenly without seeing everything Joe wants to show.

Gordon's neighbor encourages him to let the engineers go home in a show of good will, and then proceeds to tell Gordon why everything will fail.

Donna's parents arrive for a visit, and the criticism of Gordon begins while he works late again. Her mother mentions they haven't seen Hunt (Donna's boss) at the club since he "came back" and hopes he will show off his "foreign wife". Donna mentions that Hunt is liked and probably will get transferred overseas. Her mother starts mentioning exotic places , and says "can you just imagine". Donna looks skyward, her eyes glaze over and its obvious she HAS thought about what her life with Hunt in it would be like.

Joe and John have dinner with Nathan Cardiff, founder of Cardiff Electric. Nathan tells Joe that neither him nor John was wrong in what they did and that he likes him trying to do things to succeed but that John is in charge, especially when it comes to money. Joe agrees to this and also to go to a dinner with a local, wealthy businesswoman who will provide the capital they need. Joe does his best to be a "Team Player"

Another late night meeting with Brian leads to one complaint after another. "It wont work so why try?" He also convinces Gordon they have to tell Joe they can't engineer the machine, offering to be wing man, but Gordon decides to tell Joe himself.

Meanwhile Joe calls Cameron and gently tells her to work faster. He also offers to "come down there" but whether for romance, support or supervision, Cameron is not interested.

Gordon's wife sees him working on the machine design at home. She has an idea that will help them have the space they need to make the machine work.

Tired of working, Cameron dances through the offices, and barges into John Bosworth's office not realizing he's still there. He lectures her on not pawing through belongings at work, especially those just fired. John plucks her brain on the difference between GOTO and GOSUB, and when he doesn't understand her clear explanation, frustration sets in. John tells Cameron "You can work here as late as you like. You CANNOT live here."

Gordon pitches a split mother board, and gets kudos from most of the remaining engineers. But Brian (the neighbor) tells Gordon once again that it won't work because there is no one that will mass produce it for them due to the machine design being completely different from everything else that's out there. Gordon dismisses the enthusiastic engineers and they agree to go tell Joe it won't work at all. But later, at Joe's door, Gordon changes his mind and walks away.

Frustrated, Cameron takes her pay and rents a hotel room. She meets some street people and invites them back to her room to party.

Joe and John meets the financier, but the terms of the investment are steeper than Joe thinks reasonable and the dinner does not go well because Joe perceives the woman as being hung up on herself and what her money can buy her. He is very rude to her but she offers to do the deal anyway. The deal falls through because of how Joe fails to play along. He kisses and seduces her boyfriend and {apparently) convinces him to kill the deal.

Donna races up to Hunt's office with the report, but she is late - he is already on the conference call and doing badly. John cannot understand why the promised deal fell apart - but Joe has his own plan to finance the development, on a critically short schedule, using Cardiff's own money.

Gordon is in a car riding with Brian when they are in a fender bender. It scratches Gordon up some. He realizes he's had all he can take from the pessimistic engineer, next-door neighbor, experienced or not, and fires him, gets out of the car, and walks away. Joe finds Cameron in his apartment and asks "why are you here?", "I'm stuck" she says as she sheds her top and walks to the bedroom.

Gordon arrives home, bloodied and refuses to bury the bird from the morning, leaving Donna no choice but to kill and bury the bird herself. As she watches Gordon standing distracted, drinking in the kitchen, Donna raises the shovel and as it comes down we fade to black as we hear it hit the pavement. 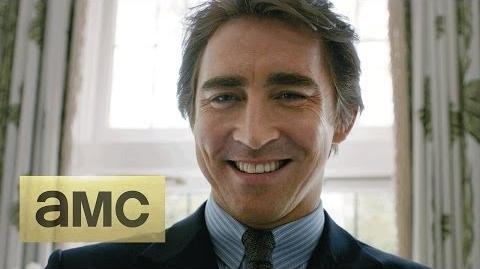 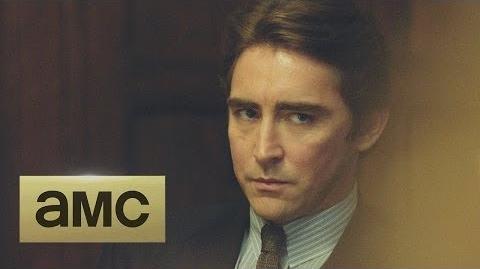 Retrieved from "https://haltandcatchfire.fandom.com/wiki/High_Plains_Hardware?oldid=7398"
Community content is available under CC-BY-SA unless otherwise noted.