Gordon Clark is a once-promising engineer who longs for a redo of his past before the humiliating and public failure of Symphonic, a computer he created with his wife, Donna, which failed to turn on at COMDEX, the computer industry trade show. After that, Gordon moved his family to Dallas, Donna’s hometown, and took a job at Cardiff Electric. Before Joe MacMillan approaches him with a plan to reverse-engineer the IBM PC, Gordon had been sleepwalking through life working at a job he is unhappy with.

Now Gordon has a second chance at success, but Joe is a mercurial boss and his vision for their new PC seems out of reach. Gordon must successfully juggle the technical challenges of the new machine, a difficult working relationship with recalcitrant programmer Cameron Howe, and the demands of his family life.

The second season, set in 1985, sees the sale of Cardiff. Gordon has worked on both the Giant and its second incarnation, the Giant Pro, and functions as the face of the company, despite his awkwardness. Working on the Pro was stressful for Gordon because the machine was not up to his standards and because he felt he had to resort to cocaine use to meet deadlines. Upon the purchase of the company by a competitor, Gordon, as a shareholder, is issued a check for almost $900,000 by Nathan Cardiff. This pay-out makes it possible for Gordon to stay at home pursuing vanity projects, while Donna works as a developer alongside Cameron Howe at Mutiny. The Clarks also generously use their new wealth to keep Mutiny afloat.

With too much time on his hands, Gordon has a second phone line installed and becomes addicted to playing the Mutiny games at a computer terminal in the garage. He also schemes to make Donna's life easier at Mutiny, but each plan backfires.

Gordon experiences inexplicable health problems that at first appear to stem from his drug habit. He is manic, scattered and over-confident, leading to a failed attempt to help Donna identify the number of Mutiny subscribers that instead infects the machines of Mutiny and its customers, to disastrous financial consequences. In a bid to right that wrong, Gordon is persuaded by Joe MacMillan to rent hardware use at a local oil company. With tension running high and Donna focused on both her work at Mutiny and a new pregnancy, Gordon is left to face a crushing medical diagnosis from his doctor, entirely on his own: due to exposure to toxic chemicals tied to his work, Gordon has experienced degeneration of brain matter, a condition that will only worsen and that it is not treatable. 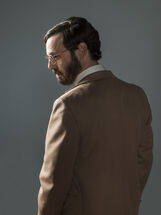 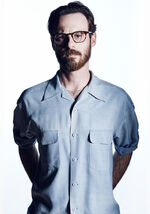 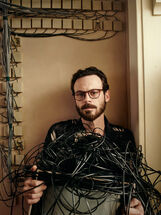 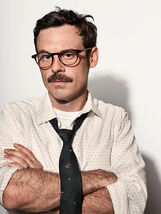 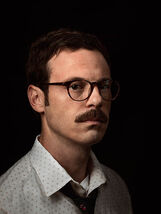 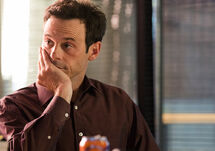 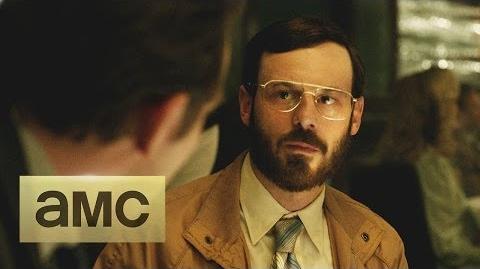 Retrieved from "https://haltandcatchfire.fandom.com/wiki/Gordon_Clark?oldid=7487"
Community content is available under CC-BY-SA unless otherwise noted.